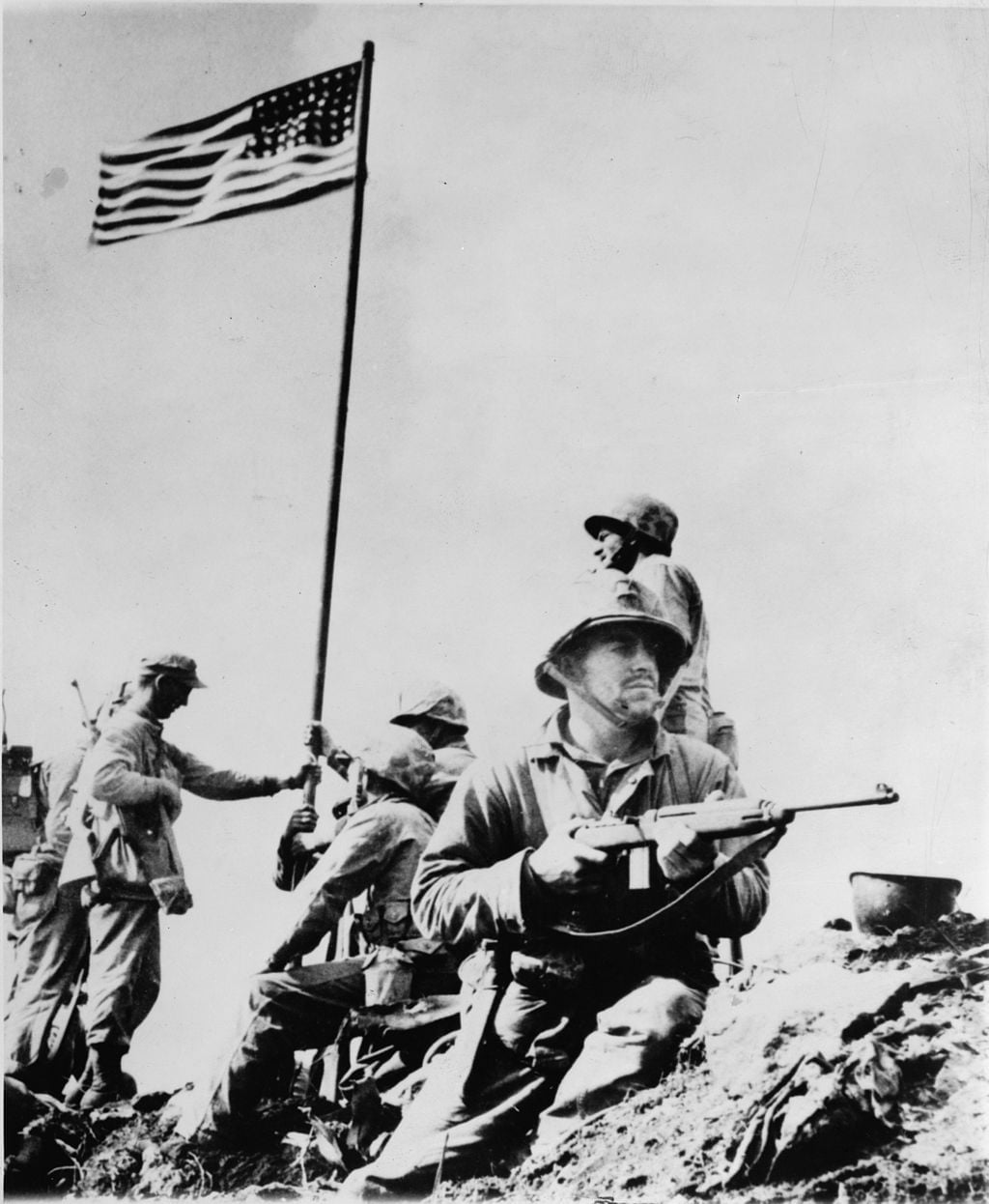 Seventy years ago, on February 23, two American flags were planted on the peak of Mount Suribachi, located on the Japanese island of Iwo Jima. Coming five days into one of the most ferocious battles of World War II, the first flag-raising, by a group of United States Marines, was emotional, and a Marine photographer captured it.

But a U.S. commander thought the flag was too small to be seen at a distance.

And so, a few hours later, five more Marines and one Navy medical corpsman carried out orders to haul a much larger flag up to the top. Again photos were shot, along with a film. No one thought to record this bit of everyday war business in the daily log.

How did this second flag-raising, and not the other, come to stand not only for the heroism shown during the Battle of Iwo Jima, but the core values of the Marines, and indeed of all American combatants in World War II? The answer is found in the power of certain images, in this case a photograph taken by Associated Press photographer Joe Rosenthal, to capture a moment but also transcend it.

Read the entire article at CNN